Why Do Girls Give In?

There is an excellent article in the UK Catholic Herald this week about p*rnogr*phy.  The Herald piece is in part a reaction to the following article in the UK Telegraph, which I want to discuss, but I will warn you that some of the remarks in the combox under the Telegraph article are vile.

It’s not often that I unleash my inner Mary Whitehouse, but the way young girls today are expected to conform to a hideous porn culture makes me want to don a pair of glasses with upswept frames and get myself one of those battleaxe perms. A friend’s daughter recently started at a highly regarded boarding school. When her mother asked how she was enjoying the mixed-sex environment, the girl said quietly: “You have to give the boys oral sex or they get cross.” Reeling with shock, the mum protested that her darling daughter did not have to do anything of the sort. “Oh yes you do,” replied the girl. “And you have to shave down there or the boys don’t like it.”


The girl in question is not some brazen, street-smart sixth-former; she is 14 years old.

Mary Whitehouse was an English Catholic Anglican lady who campaigned against the onslaught of racy conversations and shows over the airwaves in the wake of 1963. She was widely mocked. At the same time she was campaigning, however, an unknown number of pop culture celebrities in Britain were using and abusing teenage girls and children.

"So what if the boys get cross?" I would ask this girl if she were my daughter, which she would never be as I would never send my teenage daughter to a co-ed secondary school except as a last resort.  "I mean, SO WHAT?"

In prison, if there were such things as co-ed prisons in the UK, which thank heavens there are not, a girl might worry. If she didn't come across with sexual favours once actually illegal, so disgusting and against women's dignity they were believed to be, well, maybe something even worse might happen to her. But we don't put women into the same prisons as men because we are not stupid. As a society, we don't hate women quite that much.

So it comes as a nasty shock to discover that the threat of  violence hangs over girls in the co-ed schools of the UK, even if that threat is merely "The boys get cross."

As it is illegal for children under 16 to have sex, one solution is to remind children of this every once in awhile and remind them all that soliciting a child under 16 for sex is also illegal. Very rarely does anyone throw the book at a fornicating Romeo-and-Juliet puppy-love pair, but maybe it is time to begin.  At very least something more must be done to protect girls whose parents are naive enough to send them to live under inadequate supervision with a hundred or more teenage boys. Teaching them to value sexual abstinence without apology or embarrassment would be a good start.

The boys at our school were not as bad as in this article, but the tendency was there. And as an 8-to-16-year-old, I let them bully me without much resistance. That was partly because the grown-ups told me it was best to ignore them, then they would stop by themselves. Which they didn't do. Why did nobody teach me to stand still, turn round, and shout at them as loud as I could (or even kick at them or slap their faces)?

I don't know what's the matter with 14-year-old girls, but the fear of not being loved, or likewise the fear of attracting attention (of grown-ups, or other bullies) seems to govern everything. The feeling of guilt when someone treats you badly (= you somehow earned this)! What a horrible age.

- Brave, happy, and no longer 14-year-old girl, anonymous for now

It IS a horrible age, and I was terribly glad to leave co-ed school at 14 and go to my beloved Abbey, where I might have stayed on and become a jolly nun if the post-Vatican 2 blight hadn't set in.

I am of the opinion girls have no spine because adults in charge don't have any and don't teach them to. I too was told to "ignore it" and it would go away. Instead of personally handling bullies they try to "empower" the victims by giving them ways to handle it, forgetting that these are still children and somehow being stupid enough to think that reasonable discussion is going dissuade someone who is not reasonable in the first place. Every adult in charge of children (including teenagers) should make it abundantly clear from the beginning of a school year that they can be trusted and that if there is any pressure for sexual behaviour, they are to tell an adult and that the adult will handle it personally and then do it.
Nothing made a bigger difference than knowing my teachers had my back and nothing was more disappointing than those who wanted me to handle it on my own because obviously, it was impossible to.

*** Hopefully, usually, and in mature circumstances after more consideration and affection.

Feeling rather bitter tonight, but there it is.

That's really sad. It reminds me that there are penalties for losing the culture war. Those people who shrugged and didn't do anything--or didn't fight hard enough--against filth on television and music now have daughters who are mental sex slaves to moronic high school boys. Heaven only knows what life will be like for my nephews and niece: the idea makes me shudder.

One solution is to try to convince girls that boys do not matter until the girls are 21. I admit that this will be an uphill struggle; I personally was fascinated with boys (mostly from afar) as a teenager,so I know. But I really think it is possible and indeed necessary for adults to discourage girls from wanting boyfriends until they are of marriageable age. And I don't just mean parents: I mean teachers, priests, public health nurses, everyone.

It seemed to me in elementary school that the number one status symbol for girls was being "liked" by one of the "popular boys." It is one reason why I was so glad to leave elementary school. My first day of all-girls' school was the happiest day of my life.

This sort of thing makes me absolutely insane with rage.

And I don't know what the solution is. I think Alisha's on to something, though, and adults simply must stand up for children, and teach children, especially girls, to say no. And I think that must be part of a wider effort to teach girls that their intrinsic worth has absolutely nothing to do with what boys think of them...

Two thoughts: first, I was in an environment where everyone kept saying that dating was only for marriage. The result was not that teenagers therefore ceased to "date" (or whatever it was), but that they thought themselves seriously ready for marriage at age 15. I'm not sure that cultivating a culture of "it's not important until you are 21" would do much... in fact, in my teenage dramatic fashion I probably would have felt even more strongly that it was SO important and the idiot adults didn't understand. Obviously what works for some doesn't work for others.

Second - and I'm just kind of thinking out loud here - but when I read this piece, I thought about how a lot of girls give in not necessarily because they lack spine, but because they are people-pleasers. They want love, approval, etc.. And I wonder if sometimes adults - parents, teachers, etc. - don't actually feed into this mentality by using this people-pleasing tendency to get girls to be obedient or good students, or whatever. In other words, they get girls to do the right things but for a less-than-ideal motive, and then this less-than-ideal motive comes up to bite the girls in other areas of life when they are going to be asked to do the wrong thing. I'm no expert in teenage girls, but it's a thought.

Ah, yes. The "idiot adults." Teenagers need to be protected because even though they might think they are adults, they do not have fully functioning adult brains.

Yes, girls tend to be people-pleasers. I don't know if teachers and parents use their to their own advantage, although I can imagine them remarking with gratitude about what a joy the girls were to have around. 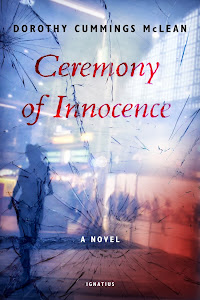 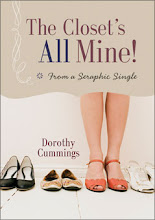 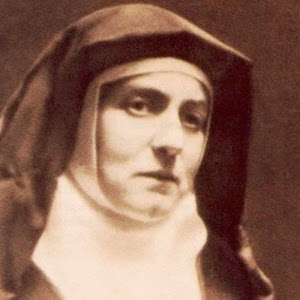